On March 20, 2019, Al Grywalski, 73 and in good health, woke feeling a little out of sorts, but chalked it up to not having eaten yet. A big breakfast didn’t help, and though he noticed slight weakness in his right foot, he dismissed the issue thinking it was no big deal. At 1:30, he headed to his fitness center for his normal workout. But after experiencing a surprising weakness in his right arm, he cut the workout short. Then, walking to his car, he noticed balance problems. Al sought immediate help. At the TriPoint Emergency Room, he announced that he thought he was having a stroke and the staff flew into action.

A CT scan and clinical diagnostics confirmed the stroke―a blood clot at the base of Al’s brain stem. After treatment with a clot-busting drug, a subsequent scan showed the clot had dissolved and was gone. However, due to damage to brain tissue, Al’s right foot, leg, arm and hand were paralyzed, and he had speech issues.

The next night in the hospital, lying awake, Al considered everything. Just two months earlier, his wellness exam had resulted in a clean bill of health. He also remembered his wife Barb had occasionally said, “When something unfortunate happens to you, you can choose to be either bitter or better.” Al decided he wasn’t going to spend his life sitting in a chair. He was determined to get back everything he’d lost.

“Rehabilitation care after stroke requires a sustained and coordinated effort from a large team that may include the patient, family and friends, doctors, nurses and many types of therapists all working to achieve the best possible outcome,” – Nicholas Detore, MD, medical director for Lake Health’s Center for Comprehensive Rehabilitation (CCR).

“Inpatient rehabilitation facilities offer the highest level of coordinated interdisciplinary care for patients after stroke. In fact, for stroke survivors who qualify, the American Heart Association and American Stroke Association recommend admission to an inpatient rehab facility such as the CCR because of the potential for better outcomes than in a less-intensive rehab facility,” says Dr. Detore.

CCR is a 12-bed inpatient facility with private rooms, located at the Continuing Care Campus in Concord Township. Patients receive a minimum of three hours of intensive therapy a day, five days a week. After three days in the hospital, Al moved to CCR for intensive therapy and recovery.

“Boy was that the right choice!” says Al. “I met the therapists I call my miracle workers. Their skill, determination and encouragement was extraordinary. After a month with them, they had me walking with a cane, beginning to use my right hand and speaking pretty plainly with only a little trouble saying my ‘Ls’.  The challenges were difficult. It was almost two weeks before I could peel a banana with my right hand. After two-and-a-half weeks, I was able to tie my own shoe―but it took me five minutes. It was probably the most difficult thing I’ve had to do in my life. But thanks to Dr. Detore and all the wonderful staff at CCR, along with subsequent home and outpatient therapy, I’ve gotten everything back.”

After leaving CCR, home care and outpatient therapists got Al driving, writing, gardening and even cross-stitching. He’s still gaining strength with workouts at his fitness center. CCR staff told him that stroke patients can keep improving for many years with determination and perseverance.

“Never give up, just keep on going,” says Al, who thanks his wife Barb, the rehab staff, his friend Darrel, his St. Bede church community and the blessings of God for his recovery.

TriPoint and West medical centers have earned the Gold Seal of Approval from the Joint Commission for Advanced Disease-Specific Certification as Primary Stroke Centers.

For stroke survivors who qualify, the American Heart Association and American Stroke Association recommend admission to an inpatient rehab facility such as the CCR because of the potential for better outcomes than in a less-intensive rehab facility.

More about the team: 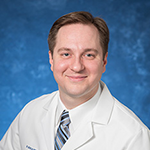 Lifestyle Changes Are Only Part of Managing High Blood Pressure