A phone conversation between old friends results in lifesaving care. 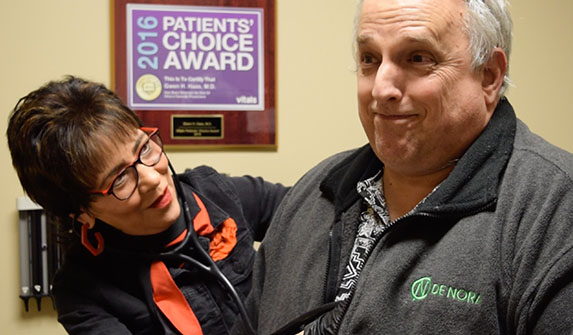 “I was 65, lived alone and had recently moved back to the area from Florida. I just wasn’t feeling that great and started thinking about my life, health and future,” says Larry. “When Gwen called right back, I asked her to sit in on my consultation with Dr. Golemgeski.”

Larry explained that he wasn’t feeling well, didn’t have a lot of energy and had a heart catheterization in 2012 that showed 50 percent blockage in two arteries. He was concerned and wanted her at the appointment with him.

“Larry, I want you to get to the West Medical Center Emergency Room right now,” insisted Dr. Haas. “I’ll call Dr. Chetan Patel, a cardiologist, and have him meet you there. I’ll see you there.”

When Larry arrived at the ER, Dr. Patel met him. His EKG and bloodwork looked okay, not great, but Dr. Patel was concerned about his previous blockage and recent symptoms.

Dr. Patel admitted Larry to inpatient status and scheduled a heart catheterization for the next morning. He explained everything about the procedure and its purpose.

After the Monday morning catheterization, Dr. Patel went to Larry’s hospital room. He told Larry he wasn’t able to get the stent through two of the coronary arteries because of severe blockage. As a result, Larry needed open-heart double bypass surgery, scheduled for Wednesday.

Heart surgeon Rami Akhrass, MD, introduced himself to Larry on Tuesday and explained everything about his artery damage and the bypass procedure. On Wednesday, February 20, Dr. Akhrass and his team completed the double coronary artery bypass grafting at West Medical Center. They took 9 inches of vein from Larry’s leg to create bypass vessels, routing the blood flow around the two blocked areas.

“Two major arteries were blocked,” Dr. Akhrass told Larry after the surgery. “It’s great that Dr. Haas and Dr. Patel worked up your symptoms as quickly as they did.”

“At first, in the stepdown unit after the open-heart surgery, with a 7-inch incision in my chest I couldn’t do a thing for myself and was totally dependent on others,” Larry says. “All of my nurses were fantastic! I couldn’t have asked for better care.”

After being hospitalized for five days, he went to the rehab facility where his healthy 91-year-old father volunteers. One month later, he began three months of cardiac rehab at Lake Health, with a staff he highly commends. Then, after rehab, he joined LiveHealthy, where he exercises and swims. Drs. Patel and Akhrass continue to closely monitor his condition, and a follow-up catheterization showed his blood flow and patched arteries were in perfect condition. 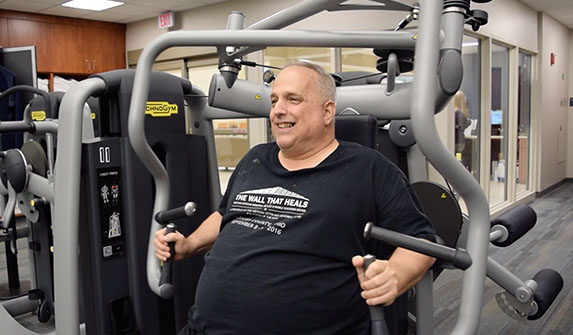 On June 12, Larry’s 66th birthday, he called Dr. Haas, Dr. Patel and Dr. Akhrass to thank each one of them for saving his life and giving him another birthday.

“I’m here today because Dr. Haas wouldn’t take no for an answer regarding going to the ER. And I was so impressed with both Dr. Patel and Dr. Akhrass! They made sure I understood everything, which was really comforting. They’re the best doctors I’ve ever met!” – Larry says. 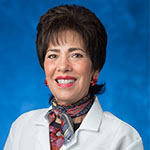 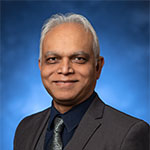 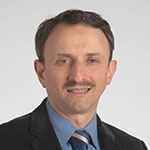 Starting Small: How Losing Just a Few Pounds Can Improve Your Heart Health